In 1847, a group of six Dominican nuns arrived in Kingstown (Dun Laoghaire). They were sent from Cabra Convent. Their job was to open schools in the town so that the young in the town would be educated.

In July 1847, they took possession of a house, known as Echo Lodge, and moved into it making it their new convent. The house and grounds were given to them by a woman called Mrs Daly. The grounds consisted of six acres. While other nuns, such as the Mercy’s, were referred to as the ‘walking nuns’, the Dominicans who came at that time were enclosed, meaning they could never leave the convent grounds at any time during the day or night. On July 26th 1847, they opened a day school for young ladies. In September of that year, they opened a boarding school. The children in the boarding school rose at 6a.m after the bell rang and were not allowed to talk before breakfast. They were to wash on Mondays, Wednesdays and Saturdays. 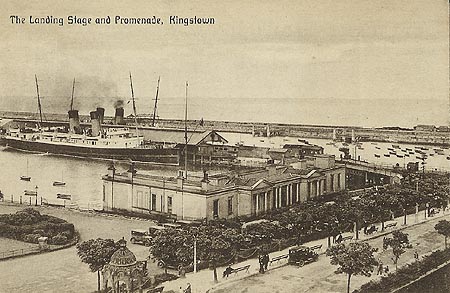 The building of the National School began on 2nd February 1848 and was opened on the 21st of November 1848 by Father Mc Cabe. It was blessed and placed under the protection of the Blessed Virgin and St Aloysius. It was a two storey building with a room in each storey and each room was 20 feet by 20 feet and 10 feet high. As families were very poor at that time, children were given breakfast before school began. Some were also given clothes. A story that has passed on, is that a duty of one of the nuns was to make the breakfast for the pupils who needed it, ring a large bell which could be heard in the town so that these children knew it was time for their breakfast and to come to school.  In Dun Laoghaire at that time there was a terrible disease called Cholera and in October 1849 Sr. Agatha Moran died of the disease. It was a sad time for the community to lose a young nun and so soon after their arrival to the town.

Later, when the community grew in number, the nuns were asked to go to Australia to open schools. A small group were sent and a eucalyptus tree was planted to remember those that went as they would never return to Ireland again. This tree is beside the Sacred Heart Oratory. From Dun Laoghaire community the Convent of Wicklow was founded also.

Many of the nuns showed great talents in music, art and needlework. Among them was Sr. Concepta Lynch who taught in the schools. She was born in 1874 and she joined the community in 1898. She taught the boys in the primary school and later taught oil painting and illumination in the boarding school. In 1919, an oratory was built by the sisters and the people of Dun Laoghaire in thanksgiving for peace after World War 1. Sister Concepta was asked to decorate it. She spent all her free time painting the Oratory- using stencils and house paint and did so in the Celtic style her father had taught her. 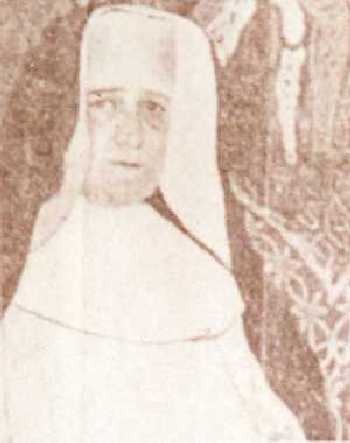 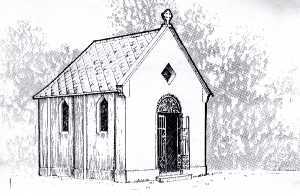 During these years the nuns had a vegetable garden of potatoes, onions, cabbage and they had apple trees. In 1865, there were thirty nuns in the convent, 867 children in the national school, 56 boarders and 36 students in the day school. 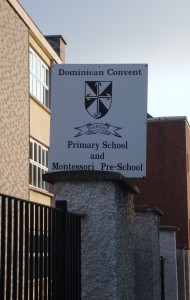 In November 1998 the President Mary McAleese, Archbishop Desmond Connell and other important people helped us celebrate our 150th anniversary in St. Michael’s Church.